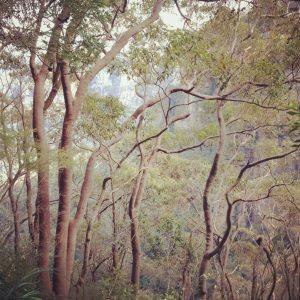 I certainly did. There was a time, about 6 years ago, when I had this burning question, “What makes me uniquely me?”

The question felt so consuming!

I thought about it for myself, and for the life of me there was no way I could figure it out. So I asked other people. And of course, they found it extremely difficult to answer because it’s such a huge question. So I stopped asking.

As life would have it, when the student was ready the teacher appeared. This particular teacher came in the form of someone I already knew named Kayt.

The thing I hadn’t know about Kayt was that she did something called Capability Coaching. I was actually speaking to her about someone else that I knew who required some help with something, when she told me about it. I passed the information on to the other person, however, this feeling grew in me that it was something I wanted to do too. I signed up for it, not even really being sure of what was involved — just that it felt right to do it.

It turns out, it was about to provide me with the answers I’d been searching for.

I will always remember that first session with Kayt. She introduced me to positive psychology and the concept strengths.

“We tend to look at what’s wrong and how to fix it. There’s actually another way. We can find what’s good and right and build on that,” said Kayt.

When I first heard these words, my mind started spinning. It felt like my world was being turned upside down. My brain was trying to make sense of what she was saying. It was being stretched to accommodate a new reality.

At that time it had been about 15 years since I’d been heavily focused on personal development. It had all been about finding what was wrong and fixing it.

What do you mean I don’t have to look at what’s wrong and fix it?

You mean I’ve been doing it wrong this whole time?

What a revolutionary concept!

Why didn’t anyone tell me about this before?

There was also light. A wonderful feeling of lightness to think that I could focus on what is good in me.

And I felt so much hope.

It really was a revolutionary way of thinking.

What I’ve learned since then is that it really is that simple. However, it can be challenging to apply.

Instead of focusing on what’s wrong and how to fix it. Find what’s good and what’s going well, and build on that.

You can apply that to everything. To ourselves as individuals, to relationships, schools, organisations and communities.

It’s not all smiles and sunshine

There’s no doubt that it’s important to know how to handle stress, negative emotions and life’s bumps along the way. I think these things are hugely important, and I do a lot of this in sessions with clients.

In fact, most of what I do in sessions is to assist people to deal with stress, negative emotions and life’s bumps.

It’s not to say that we ignore what’s wrong. It’s just that when we go to approach a problem, it’s done in a more positive way.

Sometimes it’s the case that when we focus on what’s going well and build on it, the thing that was the issue can often resolve itself.

At other times, when finding a way to approach an issue, we can look at what’s going well in another area and see if we can apply the same principles that are making that go well, to the area that’s been problematic.

These are just a couple of examples of positively approaching a problem.

And maybe you wouldn’t even see it as a problem. You’d see it as an opportunity.

An opportunity to learn.

To do it better.

To be the better version of ourselves, the relationship, the organisation, the school, the community.

Ultimately, positive psychology is about being more of our potential. It studies the outliers who are happy and successful in all domains of life, so that researchers can pass on the knowledge to the rest of us about what it takes to thrive and flourish as a human being.

Positive psychology shows us how to get more out of life and out of ourselves.

The difference between traditional psychology and positive psychology

Did you know that just because a person no longer suffers from a mental illness, it doesn’t automatically mean that they’re happy?

This is where positive psychology comes in.

Through scientific study, it’s able to share the tools and knowledge to enable a person, or a group of people, to experience optimal functioning — to be at their best; to thrive.

Back to the story…

In the first session with Kayt, she introduced me to the concept of strengths — that we’re all naturally good at something, we just have to find out what that is.

Discovering our strengths is also about finding what’s good about ourselves and building on that. This is very different to trying to address weaknesses.

It was through this process of discovering my strengths that I got the answers that I was after, and much more!

If you’d like to know more about how positive psychology or about discovering your strengths, please feel free to send an enquiry.